Maria Conde, Felipe Conde´s elder daughter has just completed the first two guitars she constructed under the supervision of her father at our workshop at the 4 Arrieta St. in Madrid.

She built two flamenco guitars. Both with the harmonic top in German spruce, one with Indian rosewood back and sides and the other in Spanish cypress. These guitars are finished in shellac, and both sport the emblematic “Media Luna” headstock, as it couldn’t be in any other way. Following the family tradition she has dedicated these first two guitars to her parents.

Since she formally joined the workshop as an apprentice this summer, María aspires to continue learning the art of guitar building along with her brother Felipe Conde Jr. under close supervision of their father.  One day she will become the first female master builder that this family has given.

Several artists that frequently visit our shop have already had the opportunity to test Maria’s guitars and they have so far had a fantastic response, praised for their great sound and solid workmanship and artistry.

Although these two guitars are not for sale we would like to extend an invitation to all those interested to come by our workshop and try out the guitars by themselves. Also, we will be taking them with us to the upcoming fairs in Shanghai (Music China 2014) and Frankfurt Musikmesse 2015.

Maria has already started the construction of two new guitars with similar features which will be up for sale; we will keep you posted on all the new developments. 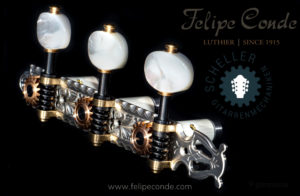 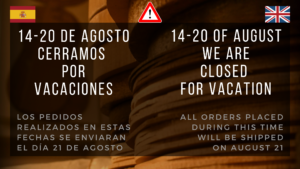 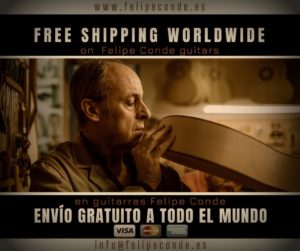