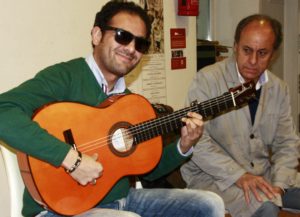 We have built an exact replica limited edition guitar (only 25 copies) built in 1972 by Hermanos Conde for Juan Morao, the father of Moraíto Chico

We are back at Frankfurt Musikmesse 2017 exhibiting the best of our classical and flamenco guitars. 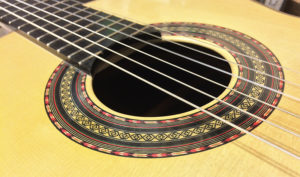 We are pleased to announce the launch of a new series of guitar strings carrying the Felipe Conde name, designed especially for the Spanish guitar. We would very much appreciate your feedback on our new strings so please don’t hesitate to write to us as soon as you test them! This past summer we received a visit from a client who brought an old guitar in search of some advice regarding the instrument’s origin and general condition. It was a concert grade flamenco guitar built by Domingo Esteso in 1930. It had a German spruce soundboard, cypress back and sides and wooden tuning pegs. The client told us that that his family has been in possession of the guitar since the 1930’s and it had been left and forgotten in a store room for quite some time. He did not know that the guitar was built by one of the most important guitar builders of the so-called Madrid School. 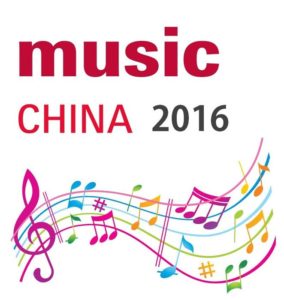 Our workshop will remain closed from October 24 until November 1 (both days inclusive) due to our participation at the Music China 2016. 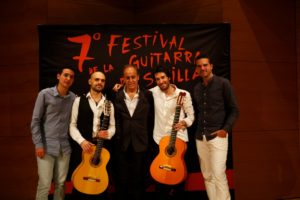 Felipe Conde was that sponsor of one of the prizes and a jury member for the First International Flamenco Guitar Competition in Memory of Paco de Lucía. 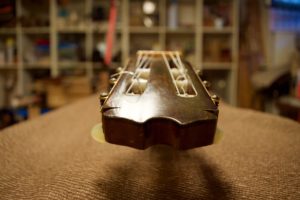 The first ever “negra” Media Luna

Here is a story about how we acquired what we believe to be one of the first rosewood flamenco concert guitars with a “Media Luna” ever built.

The 26th edition of the Curso Flamenco will take place at Sanlucar de Barrameda (Cadiz) from 18-23 of July 2016.